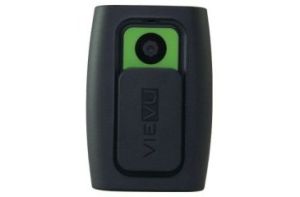 This is an example of a body-worn camera, popular with police

Depending how much you have to do with police and how hard you look, you may have noticed that these days most operational police wear video cameras of some description. It might be a little black box clipped onto their tactical vest; it might be a small lens tucked in under their epaulette. There is no uniformity, because there are many different types on the market and police buy their own so choose them on the basis of price or features. The technology has developed quickly and the price has dropped dramatically, so most police have invested in one. I’ve been asked a few times why police wear these cameras. There’s usually an overtone that police are trying to catch people out or trick them somehow – that the camera is a tool of deception and subterfuge. Not true.

Police rarely hide the fact that they are wearing a camera. They are quite easy to spot if you know what you are looking for. If you ask police about it, under normal circumstances, they will point it out. If you can’t see a camera, you can bet your bottom dollar that they will at least have an audio recorder tucked in a pocket somewhere. There is pretty much only one reason for it. Police record you for their own protection.

The recorder is the independent witness. It can tell the truth when everyone else is lying. Or has forgotten. Or was too stressed/excited/drunk to remember properly. People lie to police on a regular basis. They say things then vehemently deny them later. They accuse police of all manner of corruption, to try and get themselves out of trouble. It is a magical moment when some crook tells his stories in court, and then the police get to play the video recording to the jury. Court cases have completely fallen over the moment police play their recording.

But it works both ways. It also holds police accountable. It’s for your protection as well as ours. Someone makes a complaint about police – I was sworn at, man-handled – it’s likely there will be video. I’m all for that. Police should be able to justify their actions. Yes, I know these things can be doctored. But to do it properly takes the right technology and know-how. I’ve never seen it even attempted in a law enforcement setting.

It is a fact of life that we are being recorded on a regular basis. You fuel up your car – wave for the cameras; you do your shopping – it’s all on CCTV; catch a train – someone’s watching you on a monitor. And these days, pretty much everyone has a camera in their pocket. Even my dodgy old Nokia phone takes a reasonable photo, let alone the latest iphones with crystal clear footage. If you have a barney with your neighbours, don’t be surprised if someone starts filming. If you have a bingle in a carpark, take some photos – of the damage, the other driver’s rego plate, their licence. Even the driver themselves if it starts getting hairy. It is not illegal. Your insurance company will thank you, and if push comes to shove (literally) police will thank you. Our job is so much more clear cut if there is something more than “he said, she said”.

This is the way things are now. I think it’s important to be aware of it. And I recommend you use it to your own advantage.

18 thoughts on “Smile, you’re on camera”